HAMLET, SHAKESPEARE IN LOVE IN 4th OF ESO 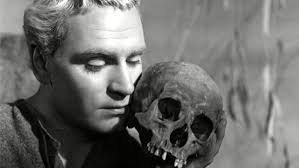 Last April, the students of 4th of ESO participated in
a competition organized by Oxford University Press. The competition was about Shakespeare because this year is the 400th
anniversary of his death.

These students wanted to join this commemoration by
participating in this competition.

Every class had to present a video of Shakespeare and
three have been selected to be sent to the competition.

The videos had to represent a part of a William
Shakespeare´s theatre play.

If one of them is selected, the full class could win a
weekend in London and they could see a Shakespeare play in the Globe Theatre.
They are very excited.

These are the three videos of each class: